This travelling exhibition developed and presented by the National Museum of Australia, is now showing at the Historic Houses Trust's Museum of Sydney and reminds us all about how the first Australians, were made second-class citizens in their own country. 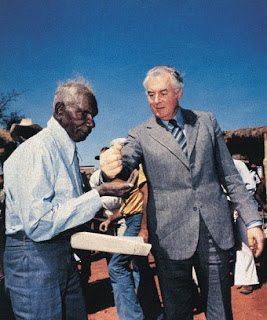 Do you want to read more about this? Check out 702 ABC Sydney or go to Historic Houses Trust NSW.

And in Issue # 3 of Inside History, due out at February end, we highlight Indigenous records at the Public Record Office Victoria.

Posted by Inside History magazine at 4:55 PM