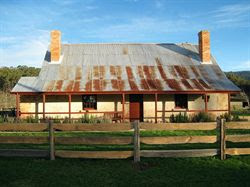 Chairperson of the Tasmanian Heritage Council Michael Lynch said the Cascades Probation Station is one of the most intact probation stations remaining in Tasmania and therefore shows a rare aspect of Tasmania’s historic heritage.

“In the first stage, convicts were in gangs without wages or allowances, in the second stage they worked on public works for wages and in the final stage they worked for private employers on a wage basis. “This system of managing convicts was unique to Van Diemen’s Land and was introduced in 1839. Work on the Cascades Probation Station began in 1842 and by 1845 at its peak, the convict population reached 442. “While it operated many buildings were constructed including convict accommodation, the superintendent’s quarters, hospital, cookhouse, bakehouse, cells and school, officers quarters (known as Rotten Row), and workshops. Some of these buildings still remain.”

The Cascades Probation Station was closed in 1855.

“The Cascades Probation Station has several owners, but the largest single section of it now operates as a tourism accommodation venture, directly showing the economic value of Tasmania’s historic heritage through tourism. “The owners of this rare piece of Tasmania’s history recognised the significance of the place and actively pursued heritage listing, and in so doing have recognised the contemporary value of this heritage place,” Mr Lynch said.

The current owner of the largest chunk Cascade Probation Station, Don Clark, said that it had been in his family since the early 20th century. “Before the family bought it in 1915 my great-grandfather, Moses Clark, worked here for the then owner, Henry Chesterman a timber merchant, so we have a strong association with this place,” Mr Clark said. “We farmed this land initially, but since the early 1980s have also run it as a bed and breakfast, and function centre. “We actually initiated the group heritage-listing of this place, as we wanted to ensure it was protected into the future.

The Clark family have converted many of the remaining convict buildings into accommodation, including Rotten Row which originally housed the married officers.

“When we first bought the farm we were orchardists, but with the declining export markets of the 1970s we pulled most of the orchards out and developed a long term future which capitalised on the terrific convict heritage we have here. “We have also created a private museum which tells the convict history and the later orcharding history of this beautiful place,”

Tasmania is rich in heritage and there are many other sites worth travelling for. Discover Tasmania today! 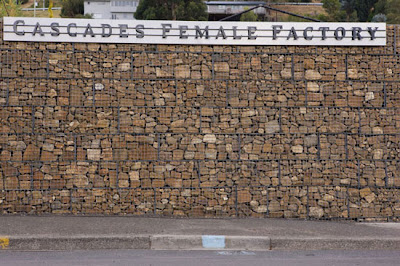