Immigration Nation: The Secret History of Us 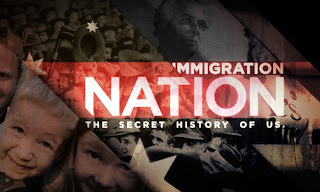 Showing on SBS1 at 8:30pm on Sunday, 9th January
Inside History magazine is looking forward to the SBS documentary, Immigration Nation: The Secret History of Us, the untold story behind Australia’s multicultural mix.

Immigration Nation is a three part series revealing how the present day Australian multicultural society was built. The documentary describes Australia's recent social history using interviews with eminent historians and the testimony of eyewitnesses - many of whom have never told their stories before. The series explores our recent past and explains Australia’s untold immigration story; a century long struggle to overcome the White Australia Policy that resulted in one of the world’s most multicultural nations.

The show also comes with an online resource centre, created in association with The Chocolate Liberation Front, featuring statistics on immigration, profiles of key politicians and contributors, and the ability for audiences to delve into the SBS archives to find out how Australia’s views on immigration have changed in the past 30 years.

Posted by Inside History magazine at 5:46 PM