To La Perouse we went

Standing on the La Perouse peninsula and looking at Botany Bay, you are reminded of the beauty of nature and we were left wondering why more people don't explore this historically rich corner of Sydney.

The original owners of the land were the aboriginal Kameygal people, and their proximity to the coast meant that they enjoyed a plentiful supply of fish. It was fish and chips, a love of history and the Australian beach that took us to La Perouse, in Sydney's eastern suburbs. 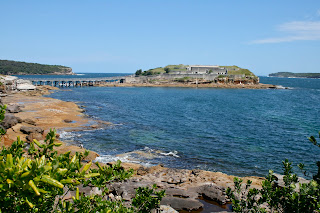 Sandstone mural, Bare Island | Source: Inside History
One of the most interesting and yet beautiful parts of La Perouse is Bare Island and its 19th-century fortification in the Botany Bay National Park. The Bare Island fortification was built in 1885 to protect Sydney's Botany Bay from a feared Russian invasion. The fort is usually closed to the public but you are able to walk around the island, depending on the tide, and take in the views of the island and the surrounding beautiful beaches of Botany Bay. Entry by guided tours are available on Sundays at 1:30, 2:30. 3:30pm and you can buy tickets at Laperouse Museum, call on 02 9247 5033. 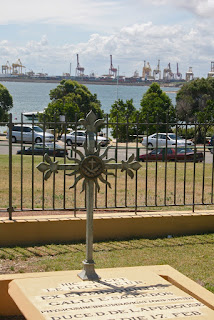 Old and new Botany | Source: Inside History
As we stood above the grave of Claude Francois Joseph Receveur, we realised just how much Botany Bay must have changed since the arrival of the First Fleet and Europeans to Australia. Pere Receveur was one of two chaplains in the French Laperouse expedition that arrived just a few days after the First Fleet in January 1788. He passed away on 17th February 1788, before his French navigator Captain Laperouse left Botany Bay and disappeared in the South Pacific. Traditionally visiting French ships lay a wreath on the grave and a mass is held annually. The 2011 Receveur Anniversary Mass will be held at La Perouse on 20th February. The NSW Governor, Professor Marie Bashir, will be in attendance. 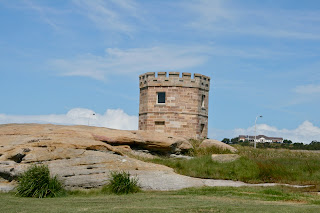 How do I get there? Unfortunately, the trams don't run as they once did from Randwick but the buses - L94, 392, 394, 399 - still do and it's an easy drive from Sydney's airport or CBD. Check Sydney Buses route finder for details or use google maps for driving directions.


View Larger Map
Posted by Inside History magazine at 10:15 PM