The entries have gone into the draw and the winners are! Congratulations to:


Thanks to our amazing supporters - ABC TV, Madman Entertainment and CONTI Bros Films - for making our Issue 9 giveaways possible!

Cliff Carpenter was a pioneer Australian aviator, a young man who lost his life in a Sunderland aircraft over the skies of Norway on the first day of the German invasion. Through his letters home we are exposed to a fascinating and intriguing insight into the spirit of the times as World War II beckoned. A Very Short War follows Cliff’s nephew as he unravels the story of an uncle who made the ultimate sacrifice so far from home. The DVD also features an extended interview with Nancy Bird-Walton and a slide-show of the construction of Cliff’s homebuilt aeroplane. Read more of his story on page 42 of Inside History Issue 9; Mar-Apr 2012 - our ANZAC edition.

We have five copies of A Very Short War, valued at A$24.95 each, to give away. To enter the draw, simply tell us the answer to the following question:
Send your name and contact details to Inside History, A Very Short War Giveaway, PO Box 406 Erskineville NSW 2043 or email cass@insidehistory.com.au by 5pm, April 29, 2012. 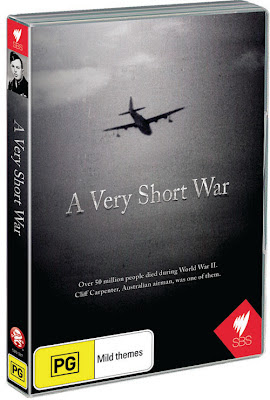 We loved the series on ABC recently, but if you missed  it now’s your chance to fall in love with house history!

Journey around Australia with archaeologist Adam Ford as he delves into public records, cellars and even mangroves to uncover the real story of beloved family homes in  Victoria, Western Australia, Tasmania and Queensland. Each of the eight episodes is a fascinating detective story  — a combination of Time Team + Grand Designs + Who  Do You Think You Are? that will have you wanting more!

ABCTV is giving Inside History readers the chance to win one of five DVDs of Who’s Been Sleeping In My House?, worth $19.95 each. To enter, simply tell us the answer to the following question:
Send your name and contact details to Inside History, ABCTV Giveaway, PO Box 406 Erskineville NSW 2043 or email cass@insidehistory.com.au by 5pm, April 29, 2012. 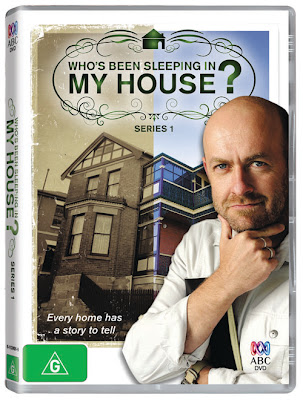 Thanks to our amazing supporters - ABC TV, Madman Entertainment and CONTI Bros Films - for making our Issue 9 giveaways possible!
Posted by Inside History magazine at 4:41 PM