Comedian and TV host Shaun Micallef has a confession. Soon after he was approached by SBS to be part of series four of Who Do You Think You Are?, he broke one of the golden rules for program participants: don’t go searching the internet for family details.

He only did a little bit of digging and although the bizarre family story he unearthed is not included in his episode, it appealed to his sense of humour, with the distance of many years after the fact of course…

Why did he decide to participate in the hit show? Micallef says, “The approach from SBS made me think about it. I’m 49 and I’ve never really stopped to turn around and look back. I’d never really sat down and talked to Mum and Dad about our family history or their lives. It was all a bit of a mystery.”

Read the full interview with Shaun Micallef as he discusses family secrets, and why he was thrilled to be part of the upcoming new series in the current issue (Issue 9; Mar-Apr 2012) of Inside History. You can grab your copy at newsagents around Australia, order online or download our iPad version.

Want to know more about the new Australian series of Who Do You Think You Are? Series four premieres at 7:30pm, Tuesday March 27, on SBS ONE with Shaun Micallef’s family story. The series will include six episodes all up and will include (in televised order): 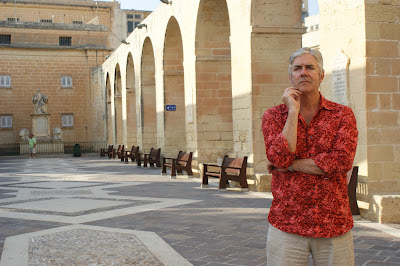 Posted by Inside History magazine at 1:05 PM