In issue 13, Robin McLachlan from Charles Sturt University shares his exciting finding exclusively with Inside History.

Robin’s recent discovery of two Macquarie-era maps shed new light on the inland city of Bathurst in New South Wales. Robin made the discovery while researching at the State Records NSW in Kingswood, Sydney. One of his current research projects is Bathurst’s bicentenary in 2015, and in particular, the site of the first flag staff, erected by Governor Lachlan Macquarie in 1815. It was this search that led Robin to two maps of a lost city in inland New South Wales! The maps or plans, to be more correct, reveal the location of the town of Bathurst, explains Robin. “Now, you’ll say that Bathurst  is not a ‘lost city,’” Robin says. “That’s true, but the two plans - SR1293 and SR1294 – that I’ve found at State Records are for an earlier Bathurst, the one mapped out in 1815 on the orders of Macquarie. The present-day town of Bathurst was not surveyed until almost 20 years later. These plans are for another Bathurst, a lost city that never was.”

Although undated and unsigned, both plans carry later notations provided by the Surveyor General’s staff. SR1293 was thought to be the work of “Sur(veyor) G.W. Evans probably 1815”. SR1293 is pictured below. 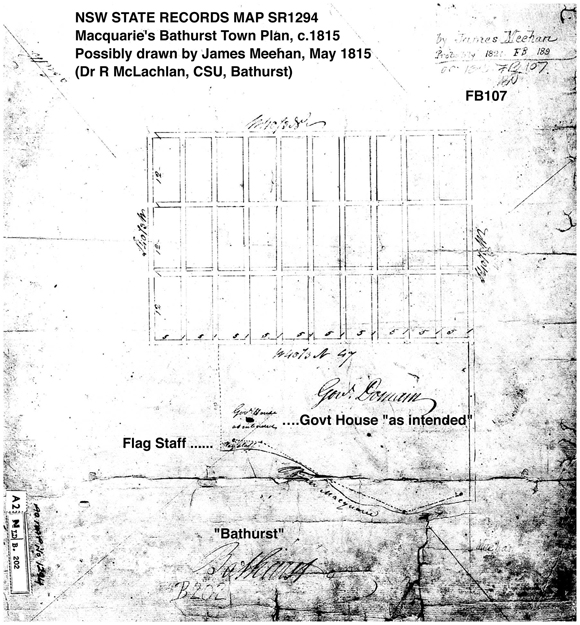 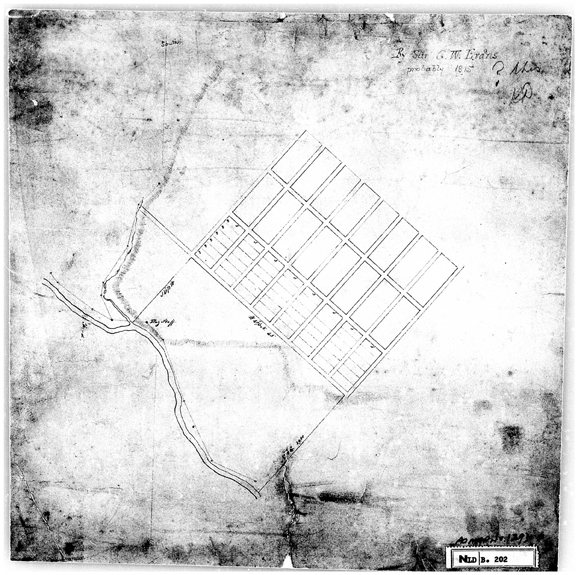 The painting below shows Maquarie’s camp at Bathurst in 1815. The watercolour is attributed to professional artist John Lewin. The scene is described in Henry Colden Antill's, "Journal of an excursion over the Blue or Western Mountains of New South Wales to visit a tract of new discovered Country, 1815". The entry for 5 May(pp.36-37), describes the scene: "The spot which was chosen for the Governor's large tent was upon a little rising ground about three hundred yards from the men's huts; a small tent was placed on each side with a clear space in front upon which a small flag staff was erected. This was a delightful spot for a town, commanding a view of the surrounding country to a considerable extent...".

Read more about Robin McLachlan’s discovery and his plans to find the original Bathurst in issue 13 of Inside History.

Posted by Inside History magazine at 9:55 AM