This week we talk to Ann Howard, author of Rainbow on the River - a terrific new book on the history of Dangar Island and the lower Hawkesbury. It continues her series on the subject, including:
Your can purchase by contacting Ann on annhoward[at]ozemail.com.au or phoning 02 9955 2074. All books are $25 + $5 postage except Derrymacash to Dangar, which is $10 + $3 postage. 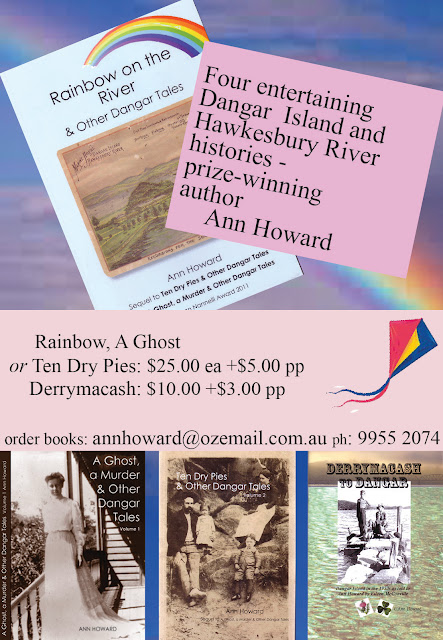 Posted by Inside History magazine at 2:15 PM