This week we talk to Jack Cross, author of Great Central State - The foundation of the Northern Territory and historian. Jack Cross grew up in the lower Flinders Ranges amid the influences of the German Lutheran community. Jack spent five years as a Research Fellow in Australian History at the University of Adelaide. For twenty years he was Head of Studies in Education at the Underdale campus of what is now the University of South Australia. He was a founder of the Aboriginal Tauondi College at Port Adelaide and the Anangu Teacher Education program at Ernabella in the APY Lands. He is now a teacher in the History of Ideas at the Adelaide Central School of Art and the University of South Australia, and was awarded the 2012 Chief Minister’s Award for History. 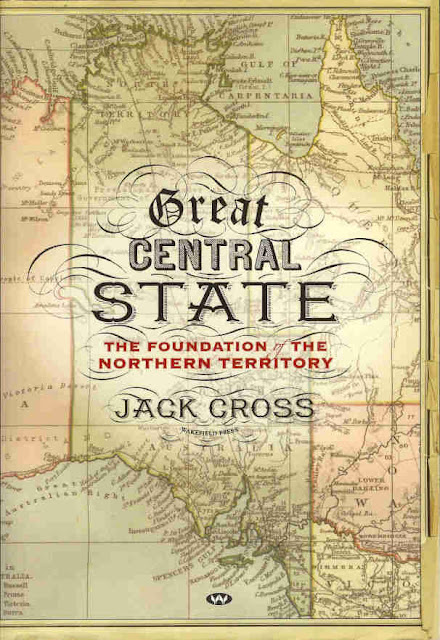 "The Northern Territory's first European decades were an extraordinary mixture of grand vision and human folly, peopled with larger-than-life characters.

In Great Central State, Jack Cross tells the story of South Australia's ambitious - or foolhardy - plan to become the premier colony of Australia using its own unique experience in planned colonisation, and its bid to develop the north coast as an integral part of South-East Asia. Bitter feuding abounds alongside admirable efficiency, while tales of courage and sacrifice are matched by episodes of sad ignorance and abuse. This is a history strange but true.

Great Central State is a result of the most sustained historical research on a South Australian subject since Douglas Pike's Paradise of Dissent published in 1957. In his wry, meticulously researched book, Jack Cross demonstrates that already before 1911 when the Northern Territory was ceded to the Commonwealth, it had a sophisticated history of its own. He looks forward to the day when it will become the seventh Australian state". From our friends at Wakefield Press.

Posted by Inside History magazine at 12:09 AM